On Campus with Curt: College of Charleston 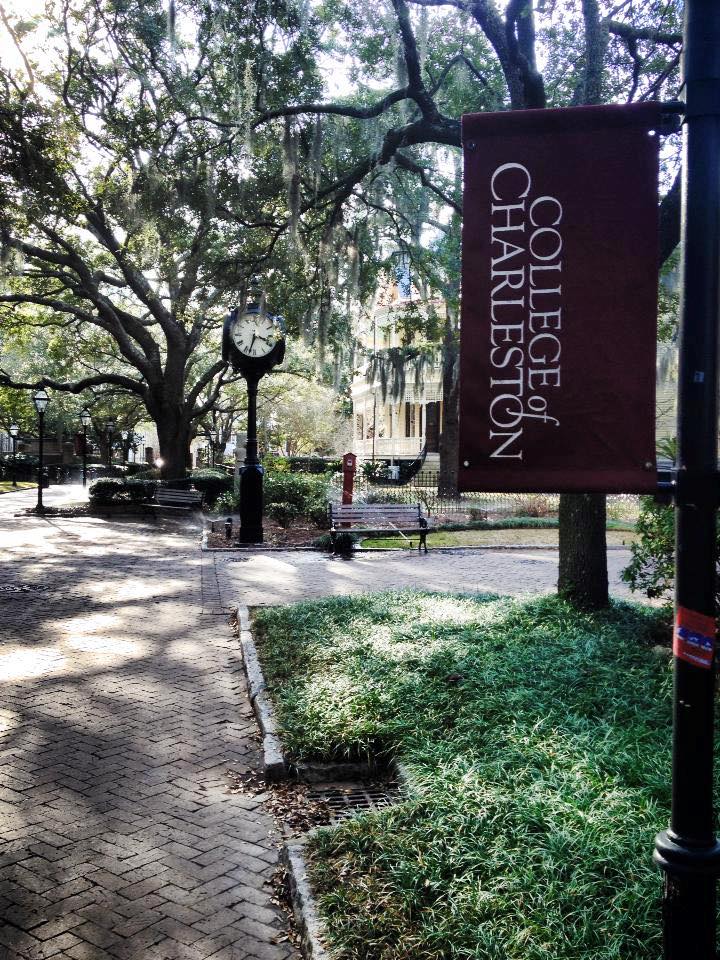 The College of Charleston is located in historic downtown Charleston, South Carolina. Founded in 1770, it is the oldest college in South Carolina, the 13th oldest institution of higher learning in the United States and the oldest municipal college in the country. College motto is Sapientia Ipsa LibertasÆdes Mores Juraque Curat (Wisdom itself is liberty. She Cares for Her Temples, Customs and Rights). 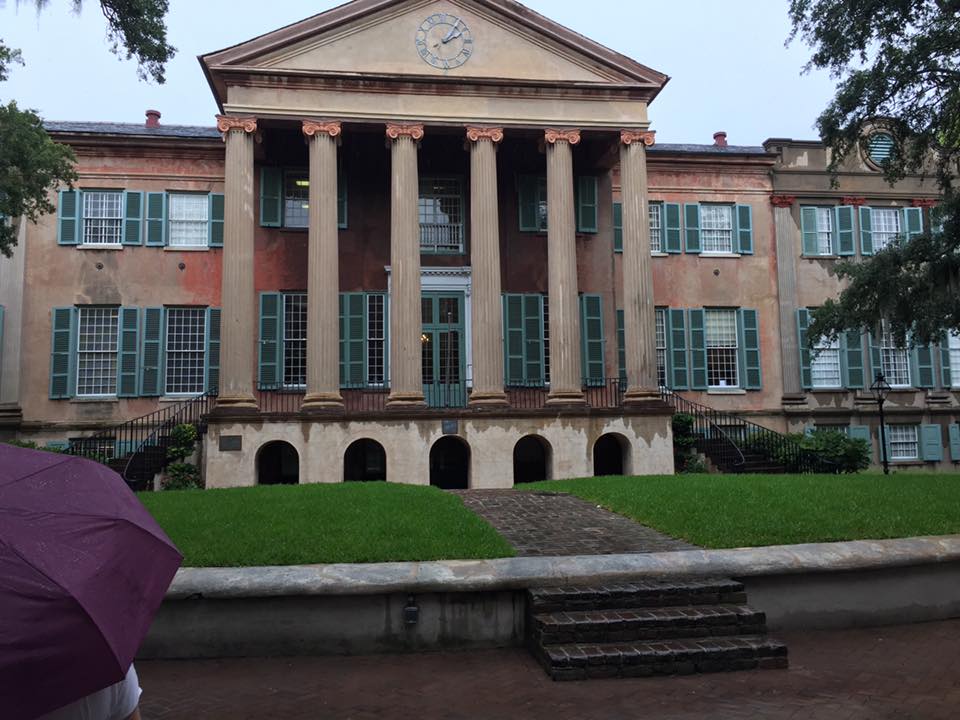 The oldest buildings on campus—Randolph Hall, Towell Library and Porters Lodge—were all declared National Historic Landmarks in 1971. These three buildings, finished in part in what has been termed "Pompeian red" stucco and brick, represent a unique collection of Roman Revival structures. Due to its picturesque campus it has often been featured in movies including "The Patriot," "Cold Mountain" and "The Notebook.”

Although existing as a small, private liberal arts college for much of its early history, today the College of Charleston is a public university with an enrollment of 11,000 students. The college retains its liberal arts heritage with a heavy emphasis on languages, literature, history, sciences and the arts. 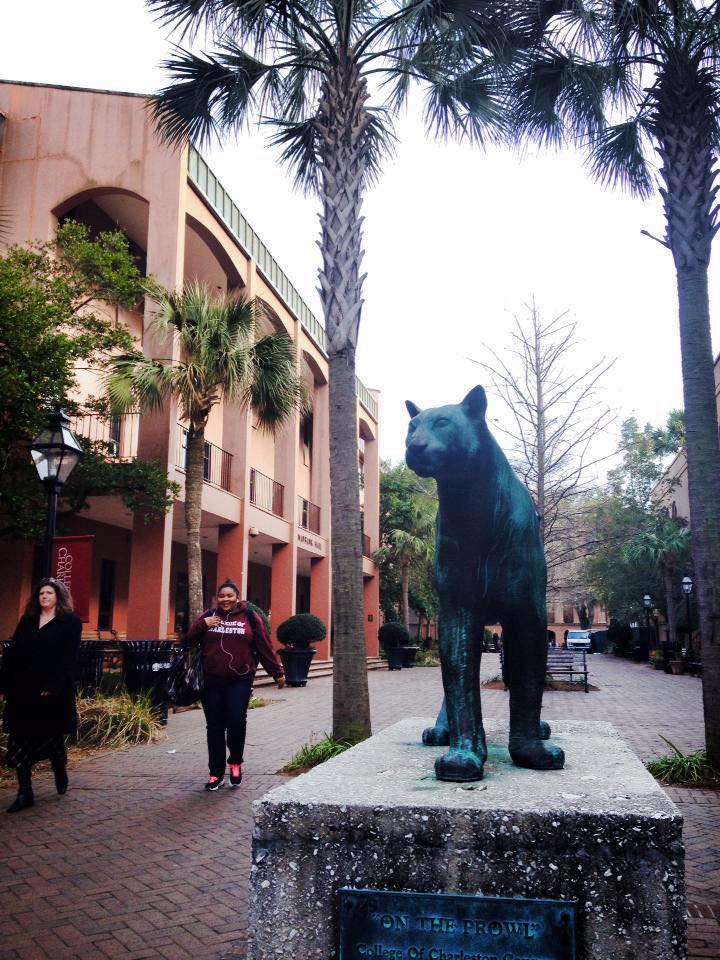 The College competes in the Colonial Athletic Association. Originally the Marooners, they are now known as the Cougars with Clyde as their mascot.

Incoming freshmen pass through the arch at Porters Lodge on their first day and enter the Cistern Yard to officially sign "the book." Inscribed in Greek on the arch are the words "Know Thyself." Upon graduation, students exit the Cistern yard by passing underneath the same arch and out into the world. 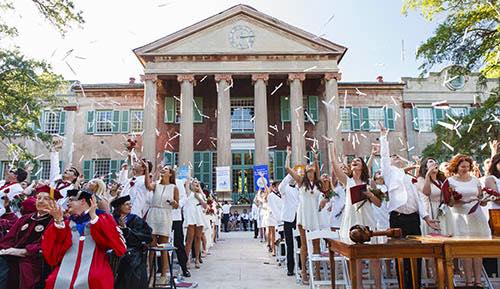 Unlike other colleges and universities, students here do not wear a cap and gown at commencement. Instead, women wear white dresses and men wear white dinner jackets at graduation. For decades, this tradition has taken place in the Cistern yard, where ancient live oak trees draped with Spanish moss surrounding Randolph Hall as a backdrop. The College has a well-recognized ring tradition with a ceremony that occurs during Family Weekend every spring. 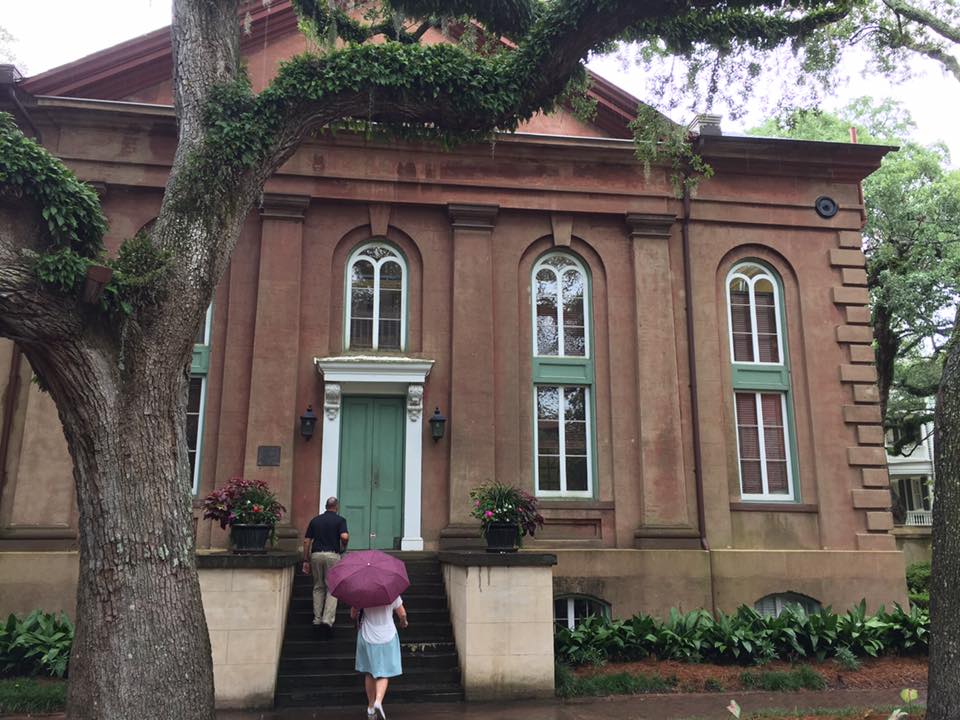