On Campus with Curt: University of Colorado, Boulder

On Campus with Curt: The University of Colorado, Boulder

The main CU Boulder campus is located south of the popular Pearl Street Mall. The school's distinctive architecture style is known as Tuscan Vernacular Revival. The oldest buildings, such as Old Main and Macky Auditorium were in the Collegiate Gothic style of many East Coast schools. Plans for the university's new buildings evolved into a new wrap of rough, textured sandstone walls with sloping, multi-leveled red-tiled roofs and Indiana limestone trim. This formed the basis of a unified style which was used in the design of fifteen other buildings between 1921 and 1939. In 2011, Travel & Leisure Magazine named CU Boulder one of the most beautiful college campuses in the U.S.

UC Boulder traditions include the Nearly Naked Mile, managed by The Herd, the student alumni association. The event supports a local charity, with students arriving in clothes they plan to donate before stripping them off prior to the start of the race.

The Colorado Buffaloes compete in the Pac-12 Conference and have won 28 national championships: 20 in skiing, seven total in men's and women's cross country, and one in football. School colors are black, gold and silver with Ralphie and "Chip" as their mascots. Watching Ralphie the buffalo run on gamedays is one of CU's oldest traditions. 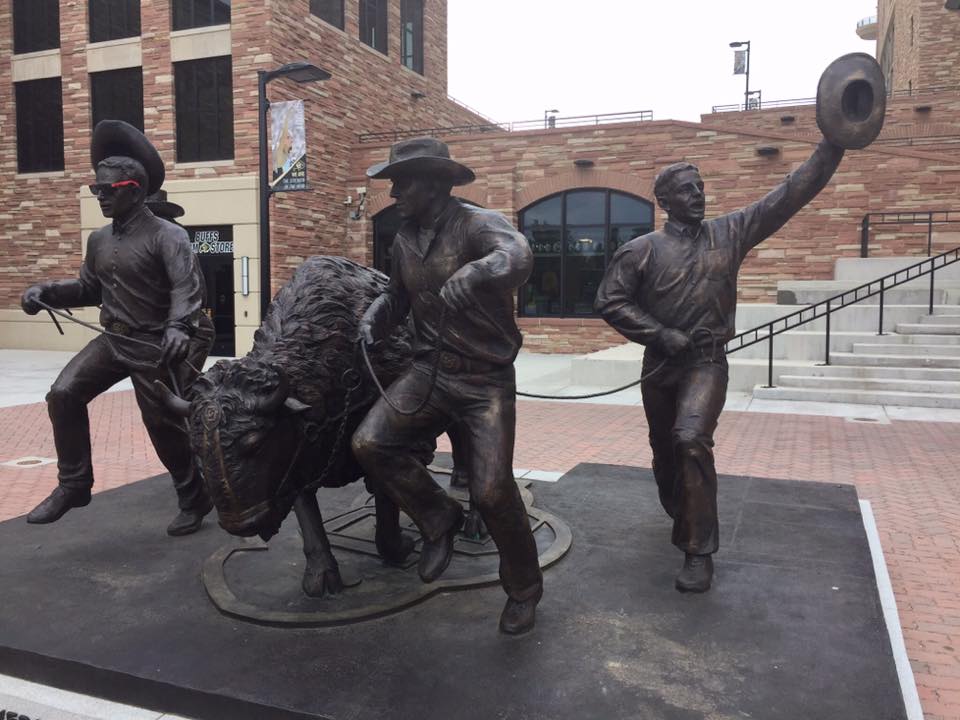