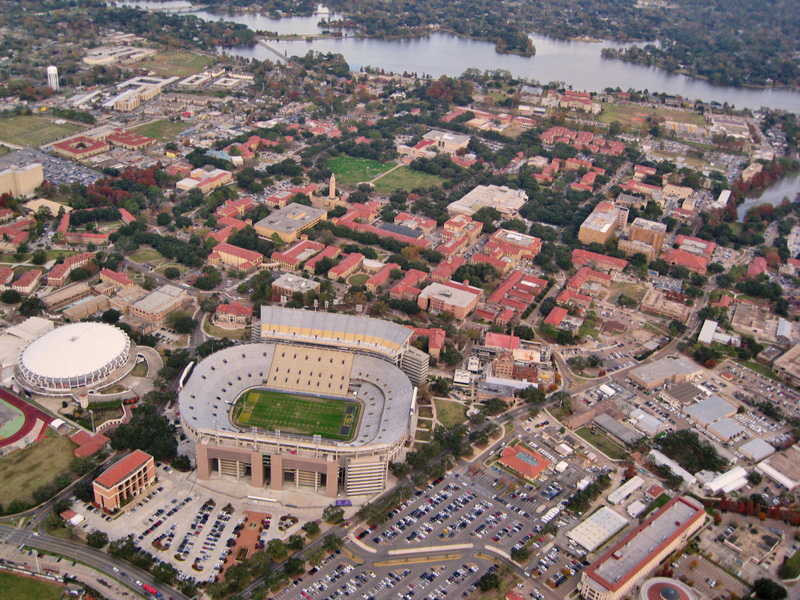 LSU, the flagship university of Louisiana, was established in 1860 in Baton Rouge on the banks of the Mississippi. With over 31,000 students enrolled, the school is the largest post-secondary university in the state. LSU’s mascot is a tiger named Mike, and in 1935 the school made Mike come to life as students collectively donated to adopt a real tiger. Since the original tiger, there have been seven generations of Mike with the latest arriving in 2017. 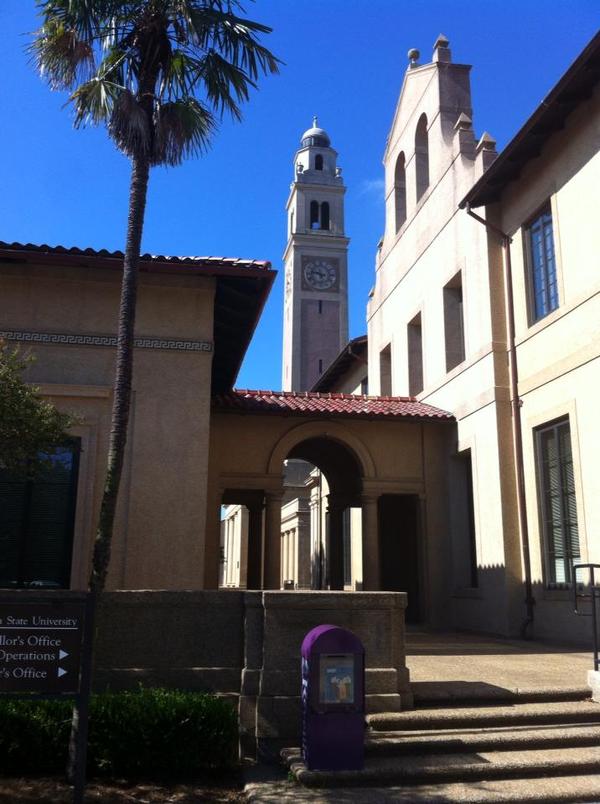 The school features Italian Renaissance architecture with Memorial Tower standing at the heart of campus. Also known as the Campanile, the 175ft structure was built in 1923 and later dedicated as a memorial to Louisianans who died in WWI. Inside, the names of these soldiers are inscribed on bronze plaques. The tower also houses the permanent collections of the LSU Museum of Art. 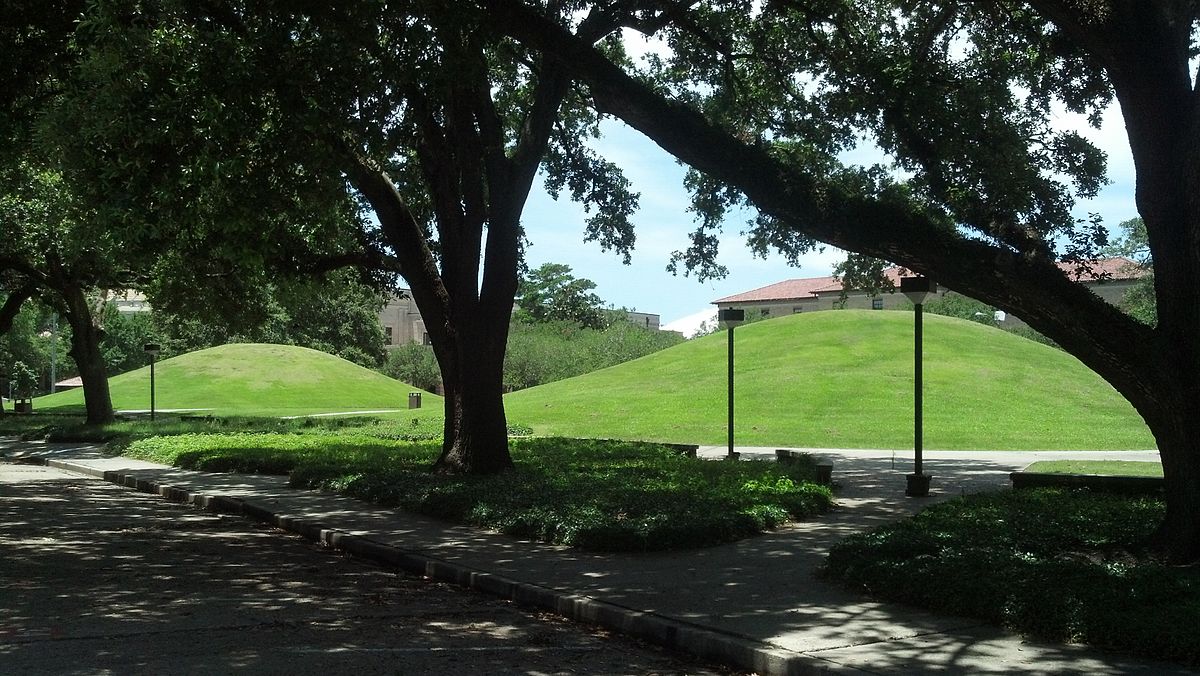 These LSU Indian Mounds are believed to be Native American earthworks dating back to 2000 BC. The mounds are recognized as a campus landmark and serve as a place for students to gather, study, and relax. 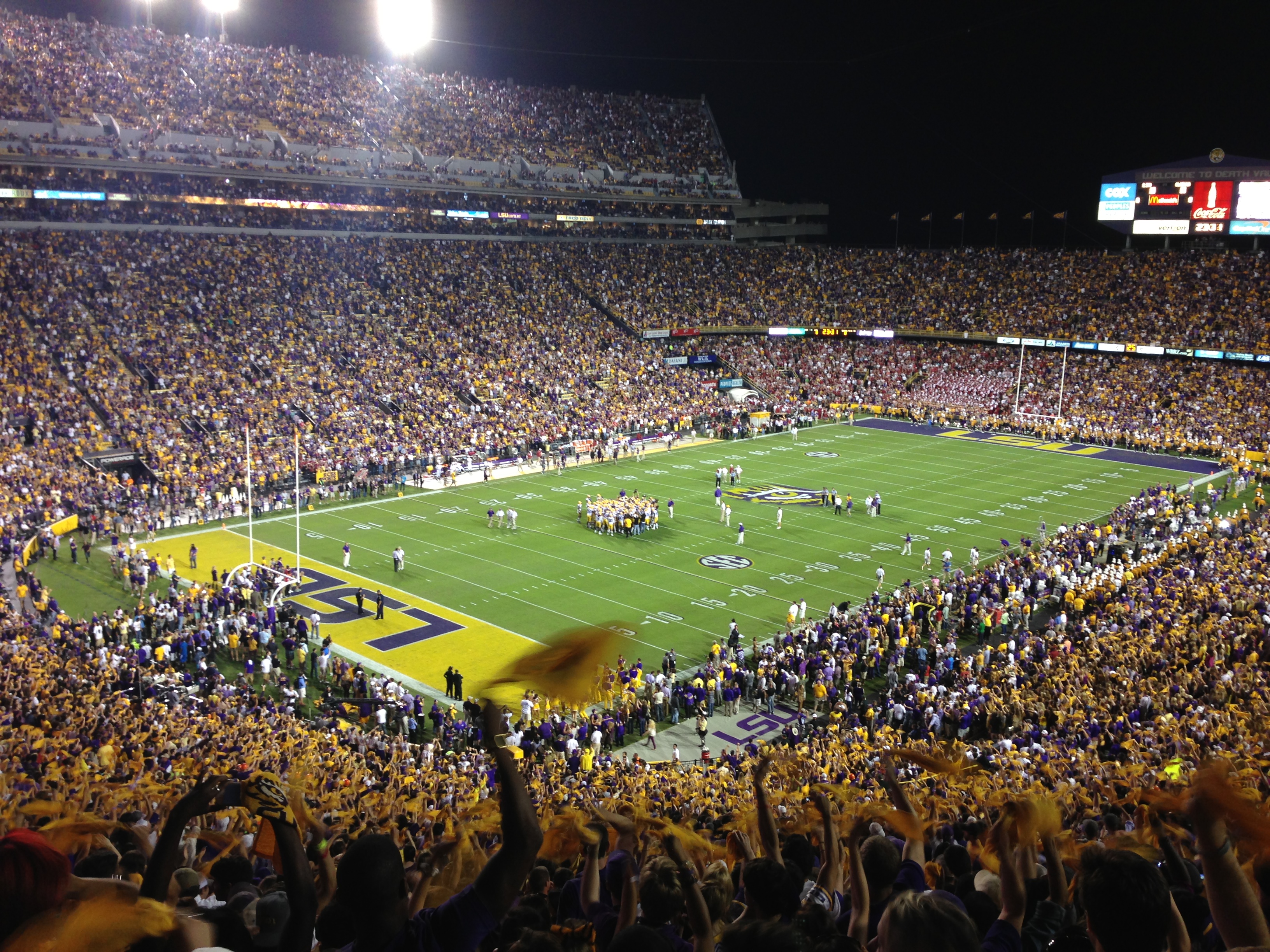 LSU is recognized for having one of the best athletics programs in the nation and fans are rabid to support their tigers across a myriad of sports. Prior to each home game, the LSU Marching Band is accompanied by the football team and coach along with the “Golden Girls” and Colorguard as they “March Down Victory Hill.” Fans rally as they await the arrival of the band which marches from the Greek Theatre until reaching the top of Victory Hill, at which point the band plays the pregame salute. Then, in the midst of playing “Touchdown for LSU,” the band begins to run down the hill and through the streets through a sea of cheering fans.