On Campus with Curt: Syracuse University 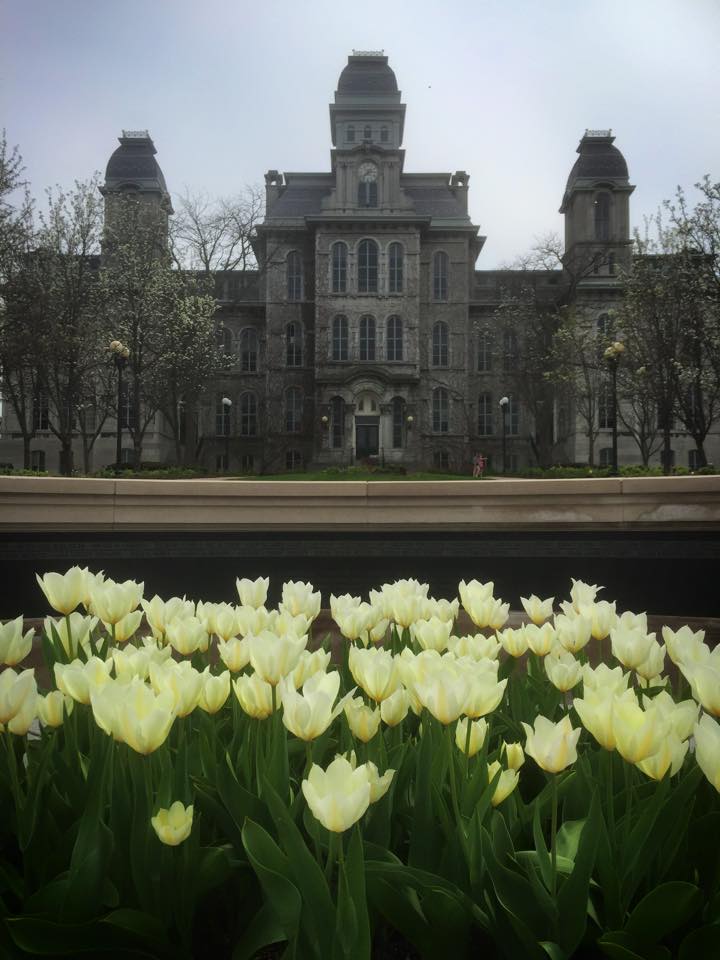 Syracuse University, commonly referred to as “'Cuse”, is a private university of 22,000 students with seminary roots in the Methodist Episcopal Church near Rochester, NY. The school was formally established in 1870, but later relocated to Syracuse. In 1920, SU identified itself as nonsectarian, though it maintains a relationship with The United Methodist Church. SU's motto is Suos Cultores Scientia Coronat meaning "knowledge crowns those who seek her." Syracuse is known for having created the nation's first Bachelor of Fine Arts in 1874. 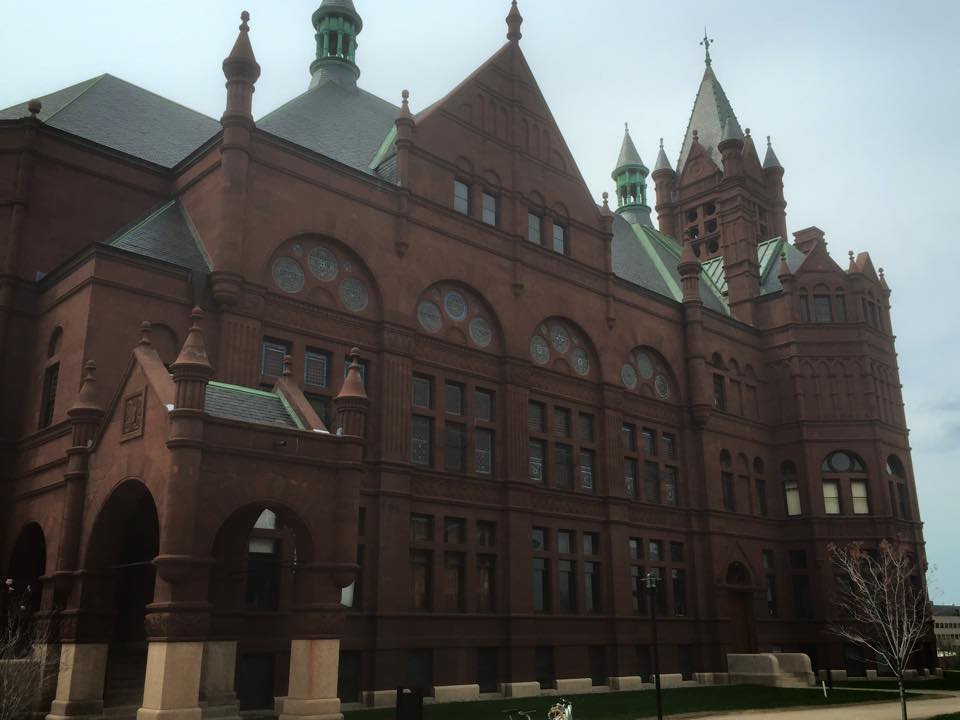 Located on University Hill adjacent to the city's downtown area, the campus features a range of architecture from 19th century Romanesque Revival structures to contemporary. The Hall of Languages, SU's signature facility, along with Holden Observatory, von Ranke Library and Crouse College represent "Old Row," a collection of the campuses most iconic images. Hendricks Chapel was completed in 1930, an Italian-style structure that was influenced by the Roman Pantheon.

In 1988, 35 Syracuse University students were killed in the terrorist bombing of Pan Am Flight 103 over Lockerbie, Scotland. The students were returning from a study-abroad program in Europe. The bombing was the deadliest terrorist attack against the United States prior to the attacks on Sept 11, 2001. In 1990, the University dedicated a memorial wall constructed at the entrance to the main campus and every year holds Remembrance Week during the fall semester to commemorate the students. 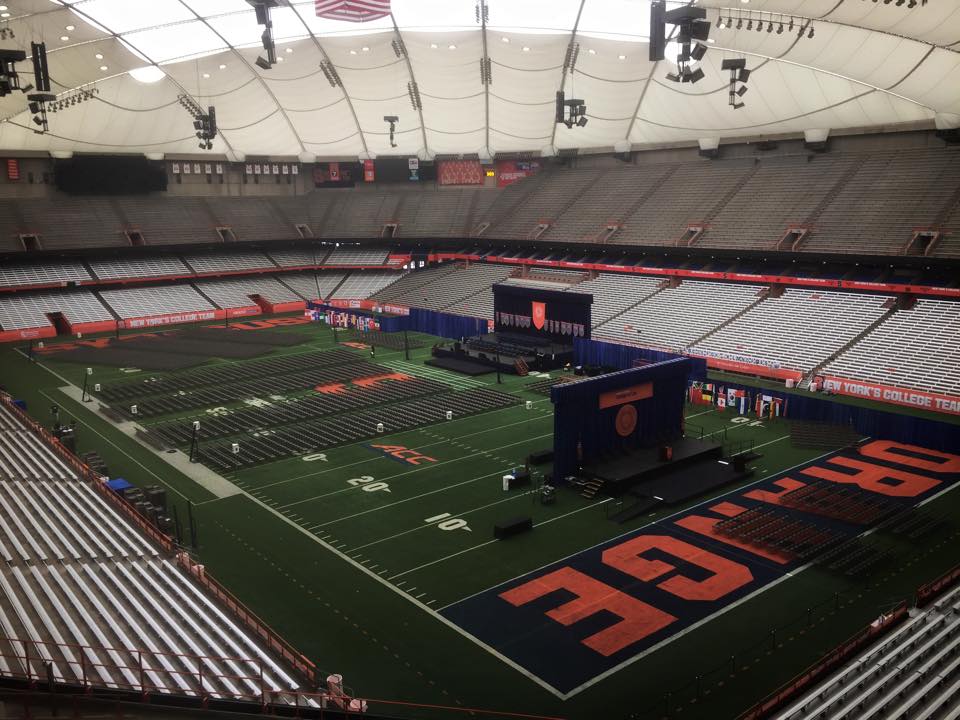 Syracuse athletics, known as the Orange, is one of the few colleges whose mascot doesn't end in the letter s. The Orange compete in the Atlantic Coast Conference, inside their home Carrier Dome with Otto the Orange as their popular mascot. In 1959, Syracuse earned its first National Championship following an undefeated football season and a Cotton Bowl victory over the University of Texas.