The University Of Texas At Austin

College traditions play an important role in the character and identity of a school. Arguably, University of Texas happens to have some of the biggest and best traditions around. As the old saying goes, "Everything's bigger in Texas," and boy they weren't wrong. Here are a few of the biggest UT traditions.

Bevo is UT's very own live longhorn mascot. Bevo was first introduced on Thanksgiving Day of 1916 by Texas Ex Stephen Pinckney. Contrary to common belief, Bevo was not named after the Aggie prank that happened in 1917. The myth was that a group of Texas Aggie pranksters captured UT's mascot and branded the longhorn with "13-0" referencing the score of a football game played between the two rivalry schools in 1915 favoring Texas A&M. UT students then tried to alter the brand to read "Bevo" instead. 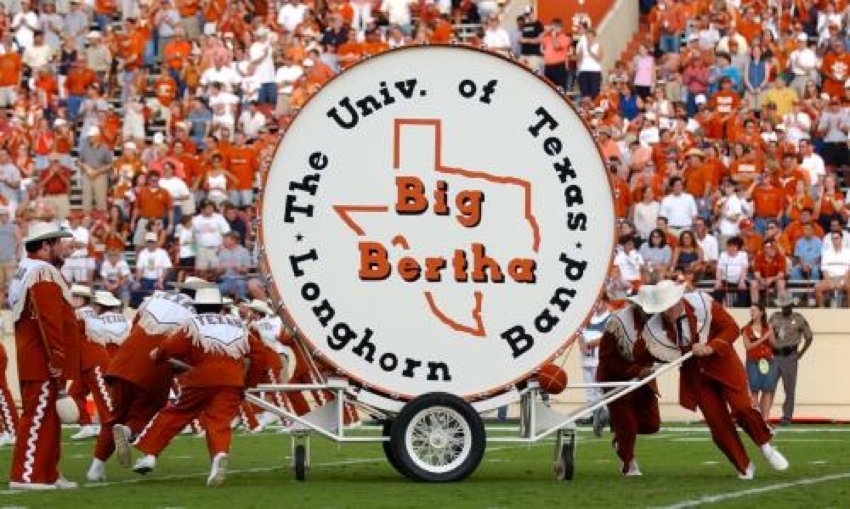 Big Bertha is one of UT's most prized possessions. This 10-foot-tall drum weighs 500 pounds and requires about five members of the UT band to carry the drum around the sidelines at football games. Mr. Moton Crockett, former Director of the Longhorn Band, purchased Bertha for $1 back in 1954 and had it refurbished to be used at UT in 1955. Bertha is roughly 100 years old now and still attends every single football game! 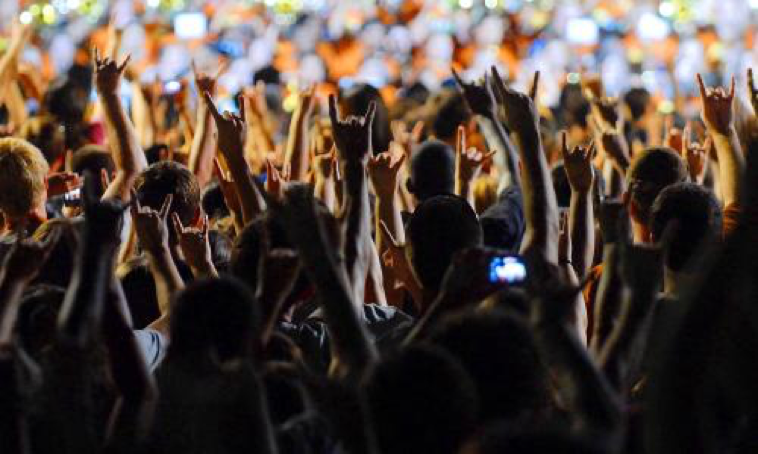 UT's hand sign has an uncommon history behind how it started. A student in 1955 by the name of Henry Pitts suggested the hook 'em horns hand sign to UT's head cheerleader, Harley Clark. Harley then presented it to the students at a pep rally before their football game against TCU. The signal resonated with students who quickly adopted it before the administration, who wasn't delighted, could have a say. At that point, there wasn't much that the administration could do so they stuck with it.

The Eyes of Texas 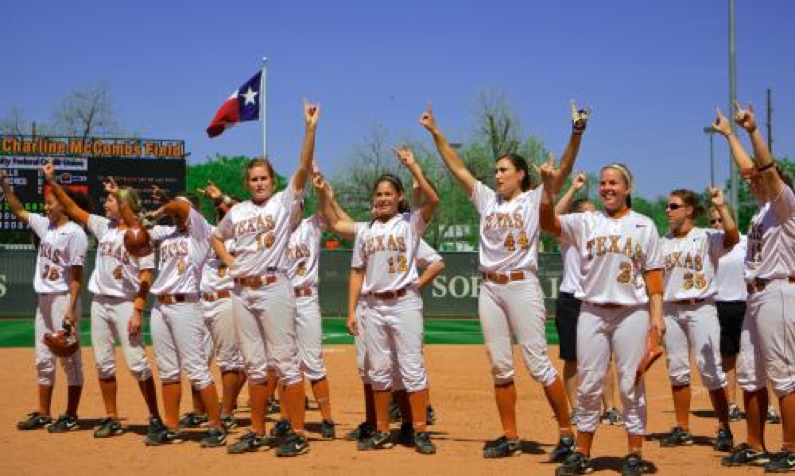 At nearly every sports game at UT the school's fight song—"The Eyes of Texas"—can be heard. It is set to the tune of "I've Been Working on the Railroad". In 1902 Lewis Johnson partnered with John Lang Sinclair to come up with UT's first school spirit song. Lewis Johnson was the student manager for just about every musical performance on campus and Lang Sinclair was an editor of the Cactus yearbook and was widely known as the campus poet. Creating the school's fight song wasn't an easy task. Lewis contacted multiple people but no one was interested enough to do it. He finally convinced Sinclair to do the song after a couple of drinks at Jacoby's Beer Garden.

These are just a handful of the many traditions the University of Texas has to offer. Check out the campus and UT's website to learn more about the many other smaller (but just as important) traditions.