On Campus with Curt: The University of Virginia 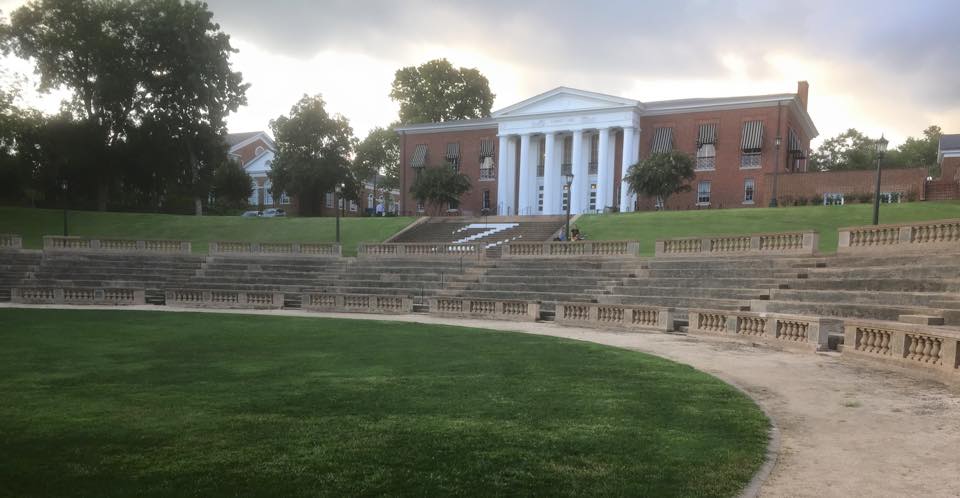 The University of Virginia in Charlottesville is known for its historic foundations, student-run honor code and secret societies. It's also known as the country's first public university unaffiliated with any religious sect. UVA's initial Board of Visitors included U.S. Pres
idents Thomas Jefferson, James Madison and James Monroe. UVA was established in 1819, with its Academical Village and original courses of study conceived and designed entirely by Jefferson. 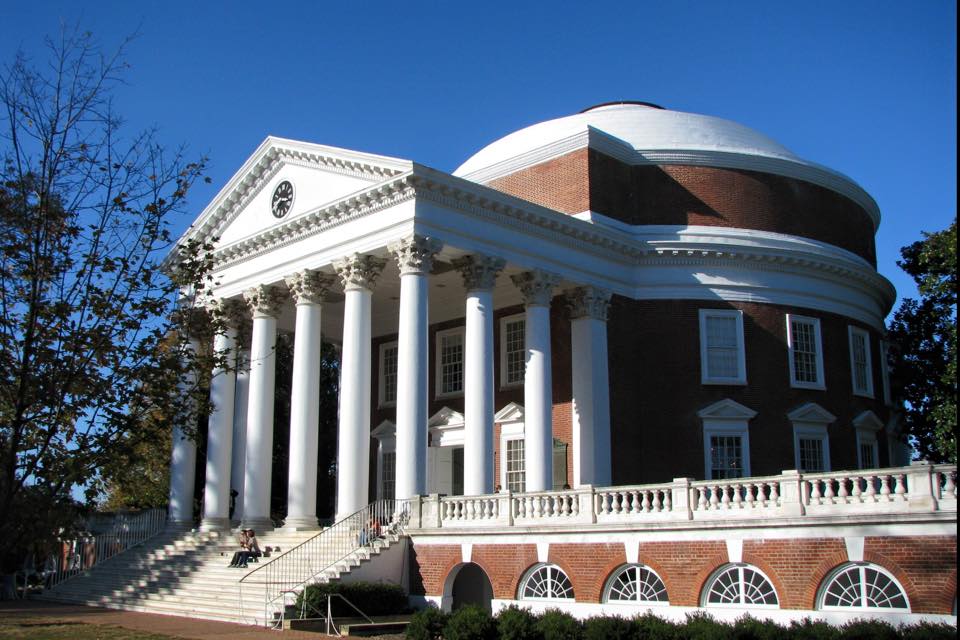 The principal building of its Jeffersonian-themed architecture, the Rotunda, stands at the north end of the Lawn, and is the most recognizable symbol of the university. It is half the height and width of the Pantheon in Rome, which was the primary inspiration for the building. The Lawn and the Rotunda were the model for many similar designs of "centralized green areas" at universities across the country. The south end of the Lawn was left open to symbolize the view of cultivated fields to the south, as reflective of Jefferson's ideal for an agrarian-focused nation.

Since 1904, UVA has held membership in the Association of American Universities for research-focused institutions and was the first university of the American South to attain membership. The university is affiliated with 7 Nobel Laureates, and has produced 7 NASA astronauts, 7 Marshall Scholars, 4 Churchill Scholars, 29 Truman Scholars, and 50 Rhodes Scholars, the most of any state-affiliated institution in the country.